Emily's prediction is based not on pessimism but a pragmatic appraisal of how our journey on the road to Aiguillon Bay has gone so far.

Unexpected tailbacks. A wrong turn or two. Losing time behind someone who isn't in a race against the setting sun.

The reason for the rush is that we'd been told there was a place where the birds danced at dusk.

Past felled timber and the paraphernalia of a life at sea - nets, baskets, pulleys - we arrive in the near-empty car park by the water three-quarters of an hour later than hoped. There's a grounded boat on the tarmac and four men are discussing in a thick French we can't understand the best way to jump start one of their white vans. Two of them are smoking, two of them arguing, and we suspect the van's full of black-shelled treasures prised from the seabed or wooden stakes that day.

We don't have time to find out.

The light is faded and fading before our eyes, but this sky is a masterpiece painted in pastels of pink, lilac, pale peach, and toasted clay.

The water a mirror of wrinkled velvet.

Immediately, we know this is the sort of travel experience and setting - the unexpected, the almost missed, the ones enjoyed in near solitude - which leave an indelible mark within; the sort that provide solace on cold, rainy nights at home, used as a measuring stick for those moments yet to come.

We wander where the birds go each night.

In the boot of the rental car, there's a bottle of wine we've been saving since we arrived in Nouvelle-Aquitaine: an organic Merlot Rosé produced from the vines of Perigord.

Its complexion matches the soft blush pinks we've been marvelling over. Uncorked, a painter could dip his brush in and sweep it across the scene.

Instead, we each have a single sip of the sky straight from the bottle to toast a memory; to drink to the sky and drink it in.

And the birds they are dancing. 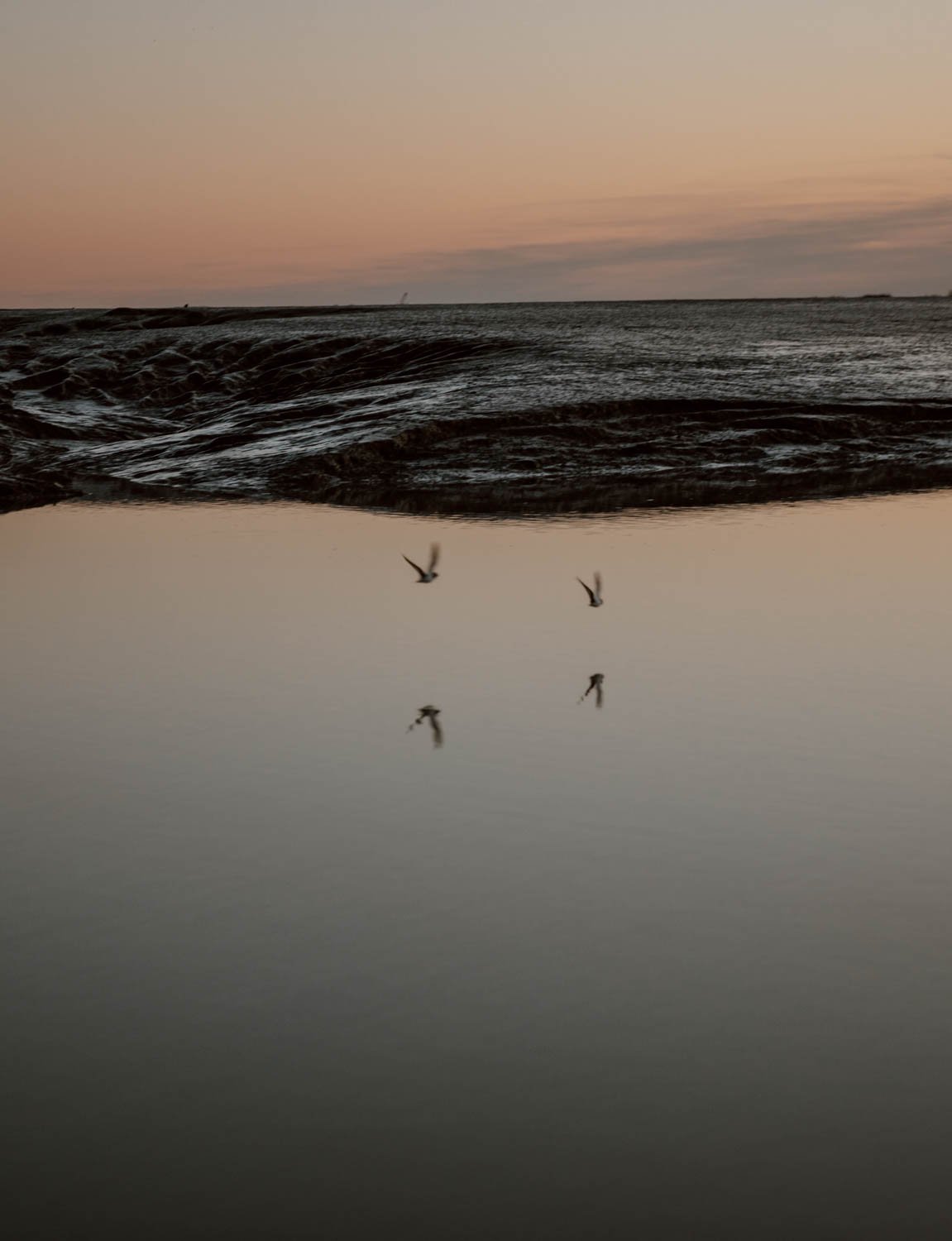 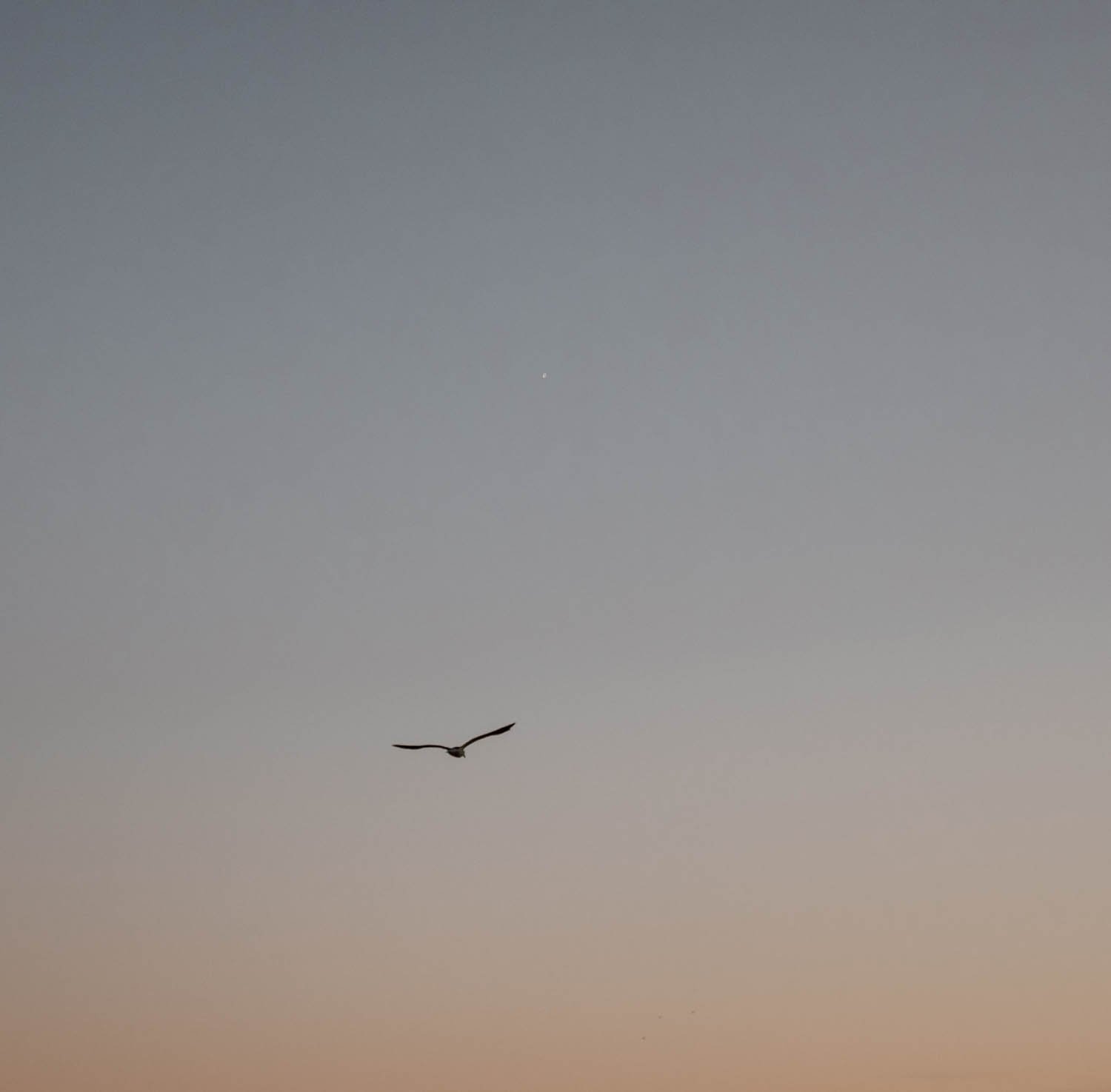 Wine will not however define this particular trip through Nouvelle-Aquitaine, the region in the southwest of France where we're enjoying a second slice of summer in mid-October. The largest region in France - slightly bigger than Austria Wikipedia told me - is home to thousands upon thousands of acres of vineyards, Europe's most famous wine region, and the only place in the world where actual cognac is produced.

It would be easy to simply while away the days with tastings and a suitcase of clinking bottles.

相反,我们这里的一周将编织在一起的ntryside and the city, the medieval and the modern, fairytale chateaus, comic books, and a coastline which many Parisians call home come summer.

Are you spoiled for choice if you travel here? Absolutely.

Back in 1982, an independent association was established to designate the most beautiful villages in France. Criteria for selection included being under 2,000 inhabitants, a commitment to cultural heritage, paying a small membership fee, and being absolutely stunning.

The Dordogne has thejoint-most villages in this exclusive club, with ten enjoying the 'Les Plus Beaux Villages de France'seal of approval, and it's therefore a sensible choice for us to begin our travels across Nouvelle-Aquitaine.

The area, where a soft mist rises from the terroir each morning and the river and the valley share the same name, is the bucolic French ideal for British people. It isn’t unusual to hear an accent from home or share a restaurant with second-home owners. 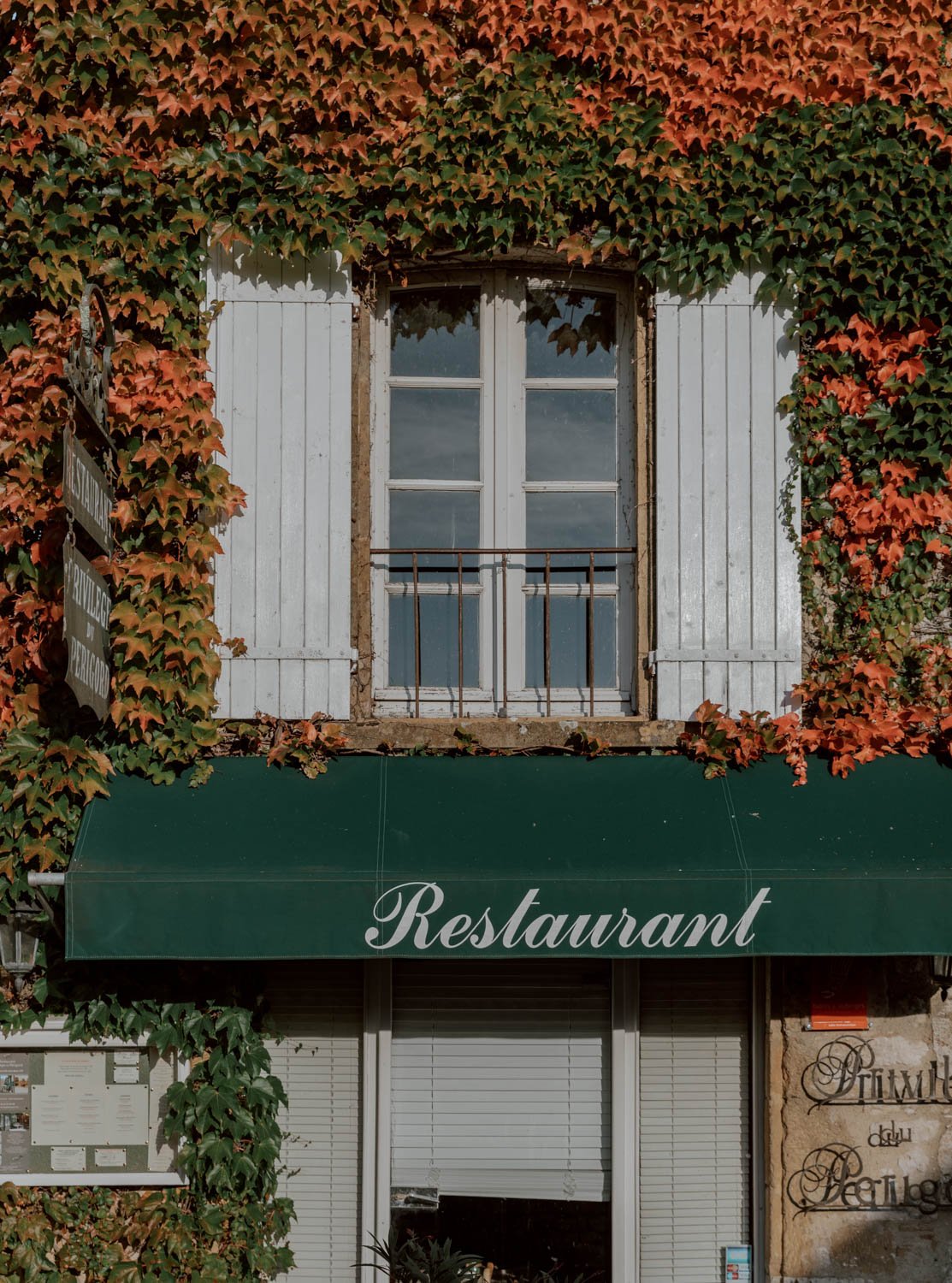 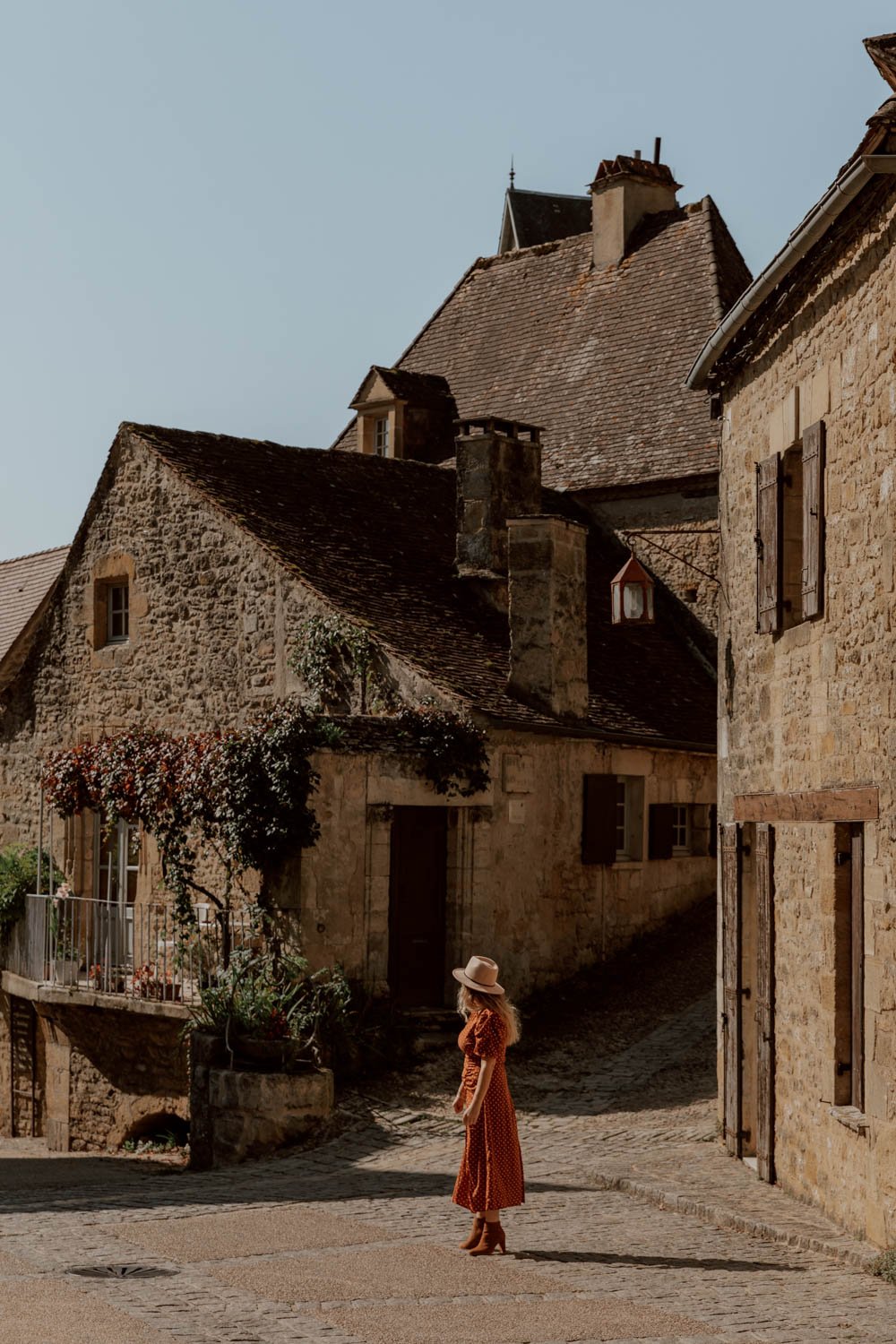 Monpazier, where the monthlybrocantemarket of antique sellers is just coming to a close in the yawning, open square at its heart, and things are winding down after a busy Sunday, is the first village on our list. Founded by an English king in 1284, it's revered for its fantastically preserved medieval architecture, with the original covered market hall still somehow standing and the layout perfectly representing thebastideurban planning approach of the era (before the word ‘urban’, let alone ‘urban planning' was even a thing).

We drink wine under its low-ceilinged stone arcades, whilst locals share tales of past truffle hauls.

We smile at the thought that this exact same scene could have played out in this very spot at any time in the last eight centuries.

Leaving early next morning, we weave our way in and out of the valley: conquering the 12th centuryChâteau de Fénelon, going into the depths of grottoes, having our breath taken more than once by cliffside villages of honey-hued stone.

Though Domme affords us the best view of the Dordogne river and valley, it’s the steep, cobblestone streets of Beynac which we find most beguiling.

We swear to return to all ten.

Maybe for a week next spring, perhaps with a bicycle and a kayak in tow.

Visiting Nouvelle-Aquitaine in mid-October has its pros and its cons.

The weather is fantastic - a second slice of summer once the mists have cleared and everything warmed up - meaning dresses and t-shirts can be worn again! The ‘shoulder’ season also sees far fewer tourists in general, so villages and narrow medieval streets in cities are pleasantly busy rather than unpleasantly packed. The vineyards - either just or just about to be harvested - remain verdant, farmers collect walnuts and saffron, and the dappled light between the trees is remarkable.

It’s the golden period between late summer and autumn beginnings.

However, the days are short with sunrise around 8 am and sunset less than twelve hours later. A few businesses have already shut for the ‘winter’ season from the end of September. One would be foolish to venture out before 11 or after 5 without an extra layer or two.

So, to travel here in southwest France in late summer or early autumn (your pick depending on where you’ve visiting from) is a worthwhile endeavour - but the short days makes it a good idea to have somewhere charming and cosy to slumber until the sun comes up and to settle back into once it’s gone down.

Throughout our week, we were fortunate to do just that across several remarkable, independently owned guesthouses. Far from the generic or the corporate, each has been a labour of love. In Monpazier, Isabelle & Michel are combining tradition with luxury, wellness, and excellent food within the 19th centuryChâteau Hotel Edward 1er.

In Bourdeilles, Kay & David’s globetrotting family have lovingly restoredChâteau des Sénéchauxto its former glories over the last decade. As we took in the view from the terrace, the morning mist carrying our breath, they told us serendipity led them toward their 'very own pocket of the Dordogne’.

In La Rochelle,Résidence des Indestells stories of discovery and global connection in every nook and cranny. It’s the work of Mr & Mrs Sabatier, an effervescent Franco-Indian couple who sacrificed so much to make their vision of a living museum, tea room and guesthouse in their third-generation family home into a bold, colourful reality.

It’sHors-Série en Périgord然而,在俯瞰特权地位a valley where the soft mist creates a sea and islands below each morning, which colours us most inspired. Its owners Florence & Nathalie embarked on a new life together just before the world became accustomed to lockdowns, converting a delapidated 19th century barn into a beautiful, sensitively modernised home & guesthouse, complete with an art gallery displaying their unique black-and-white nature photography on the walls.

Florence, in perfect English with a sprinkling of Gallic-seasoning, said it was the culmination of their dreams.

Dreams, it seems, is what one comes here to either realise or step into. 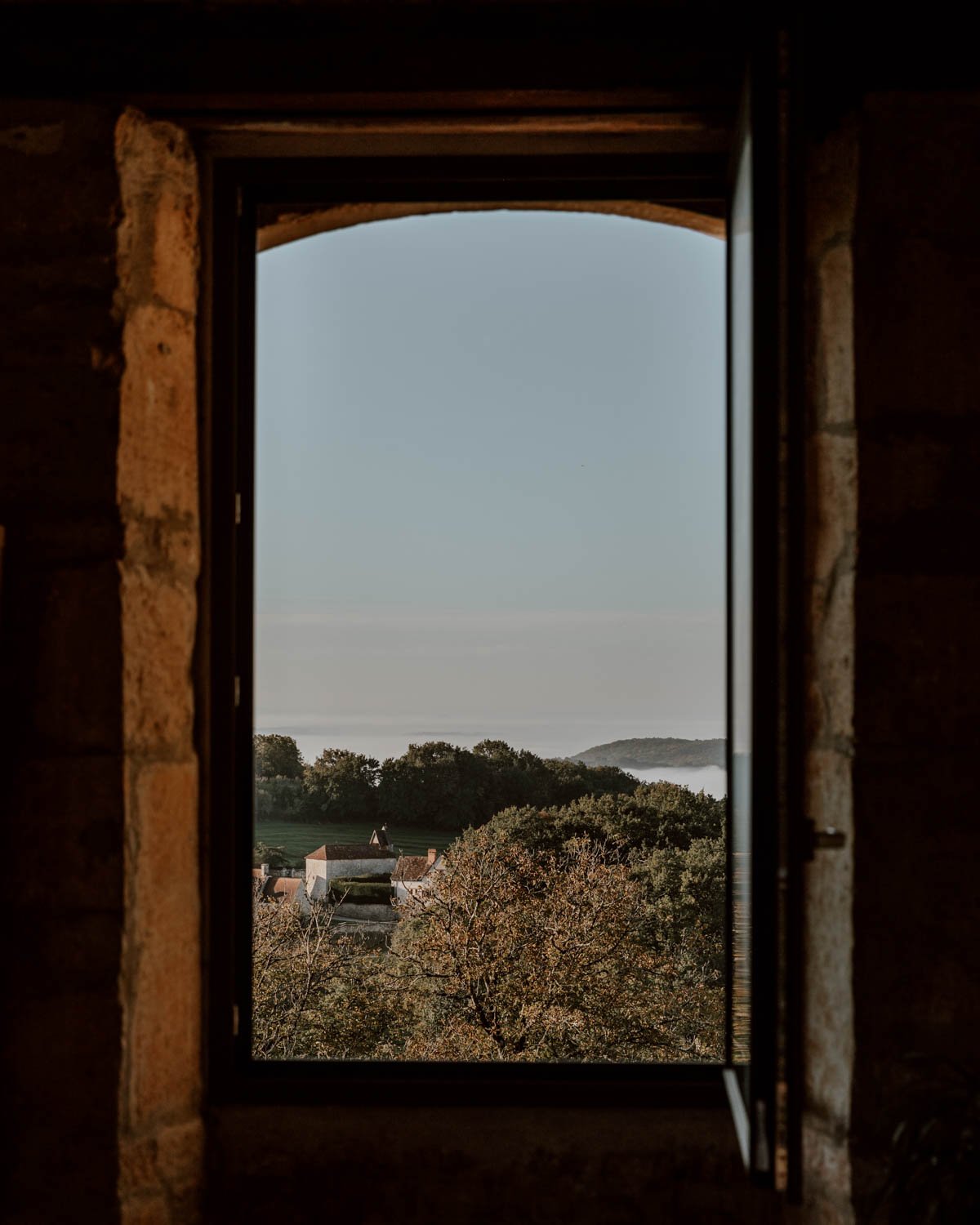 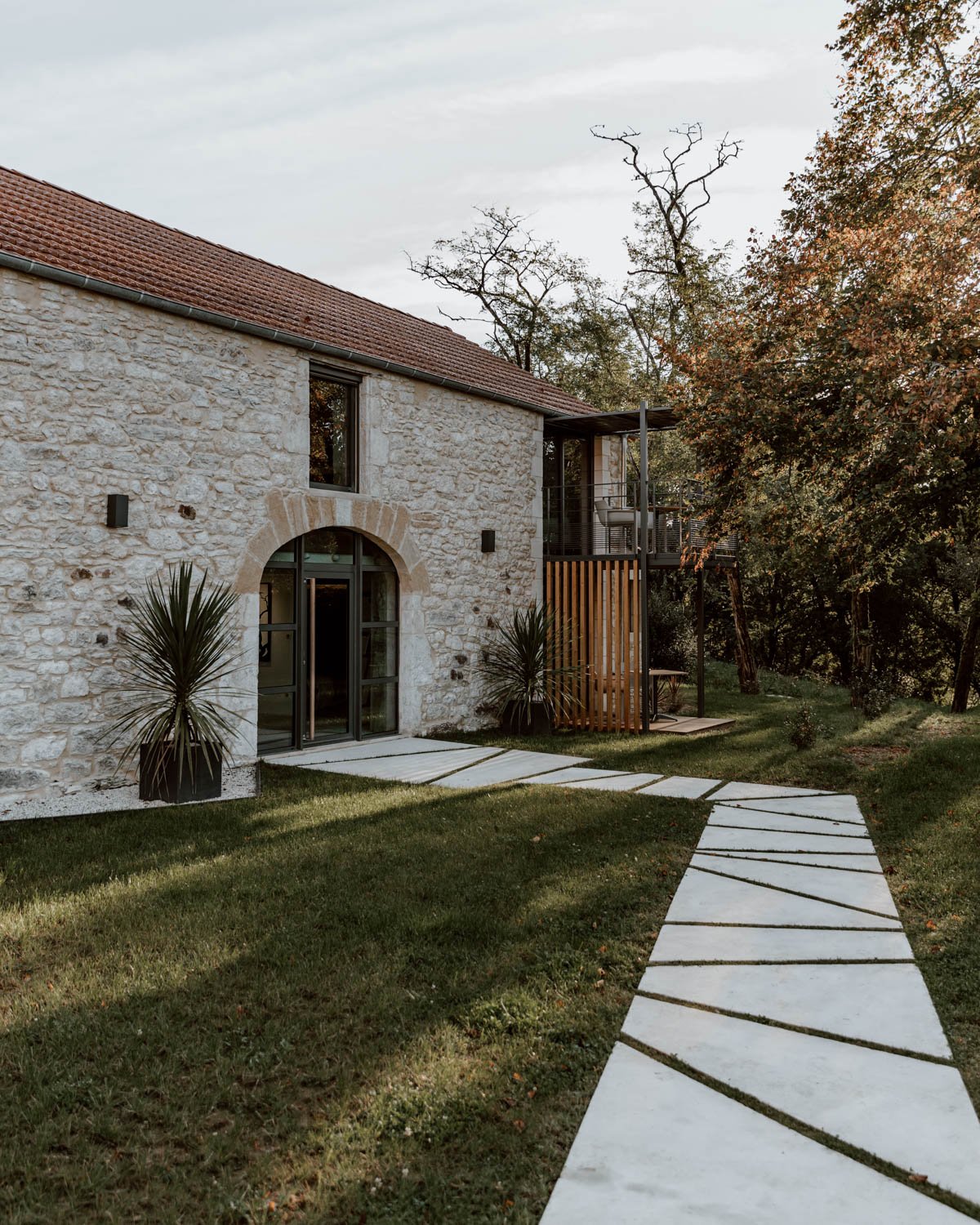 We leave the Dordogne behind, driving north to Angoulême.

The capital of the Charentedépartement, it's very much the little brother toBordeauxto the southwest andLa Rochelleto the northwest. For visitors, outside ofcomic book enthusiasts, this hilltop city of ramparts and layers flies under the radar.

Wes Anderson may change that.

The American auteur director with a devotedly cultish following (we've drunk the kool-aid) due to the distinctive style and colour palettes running through hisoeuvre, choseAngoulêmeas the setting for 'The French Dispatch'. Starring Bill Murray, Benicio Del Toro, Owen Wilson, Frances McDormand, and about a dozen other Hollywood stars, the movie is his anthological tribute to the New Yorker magazine and his adopted European country.

A major coup for the city sure, but this actually continued a rich-seam of filmmaking within Nouvelle-Aquitaine, with those medieval villages and châteaus of the Dordogne featured in battle flicks (The Last Duel, Jeanne d’Arc) or to add a romantic, idealised backdrop forla vie francaise(Chocolat), whilst the port city of La Rochelle hosted the submarine scenes for Raiders of the Lost Ark and Das Boot.

Anderson though selected Angoulême for its ability to be moulded into an idealised vision of 1950s France; one seen only on the silver screen and within the imagination of first-time travellers.

A France that exists only in fictions and dreams.

With signature miniatures, symmetrical sets, and the most wonderful collection of props, that vision was certainly beautifully achieved (see the trailerhere). But a common concern amongst locals we chatted to about this positive development, including one who was an extra, was that this would mean the hipsters and film students who will now surely arrive in greater numbers, may be disappointed.

Their reality could not stand up to Anderson’s fiction.

Such local concern is not merited; this characterful small city which spilled out from its ramparted 19th century confines and tumbled down the hillside toward the river,can easily stand proudly on its own two feet.

Home to street art and the world’s third-largest comic book festival, if you go to Angoulême in search of Wes, we think you’ll leave withquite a bit more.

The beating heart of the Atlantic-facing city, this is where buskers play and couples walk hand-in-hand. There are little boats in the shallow water, cyclists and rollerbladers weaving between strollers, and a chorus of clinking glasses and cutlery on ceramic.

It’s our last stop in Nouvelle-Aquitaine.

We arrived two days previous, and the only item left on our to-do list is to make the most of the sunshine and the salt air. If you really listen, you can hear the ocean amidst the Sunday soundtrack.

从我们两个人的桌子,我们可以看到这两个标志性14th century towers built to protect the shallow harbour and once linked by a hulking iron chain. La Rochelle’s fortunes were won, lost, then won again with the maritime trade of the Atlantic, and from here migrants made their way in waves from ‘old France’ to Nouvelle-France, the country’s North American territories.

Some forced, some in pursuit of dreams, others abandoning failed ones.

From this week’s travels, it seems that there’s still plenty dreams to be stepped into in this part of southwest France.

In a city upon a hill. Overlooking the mornings mists. Where the birds dance. 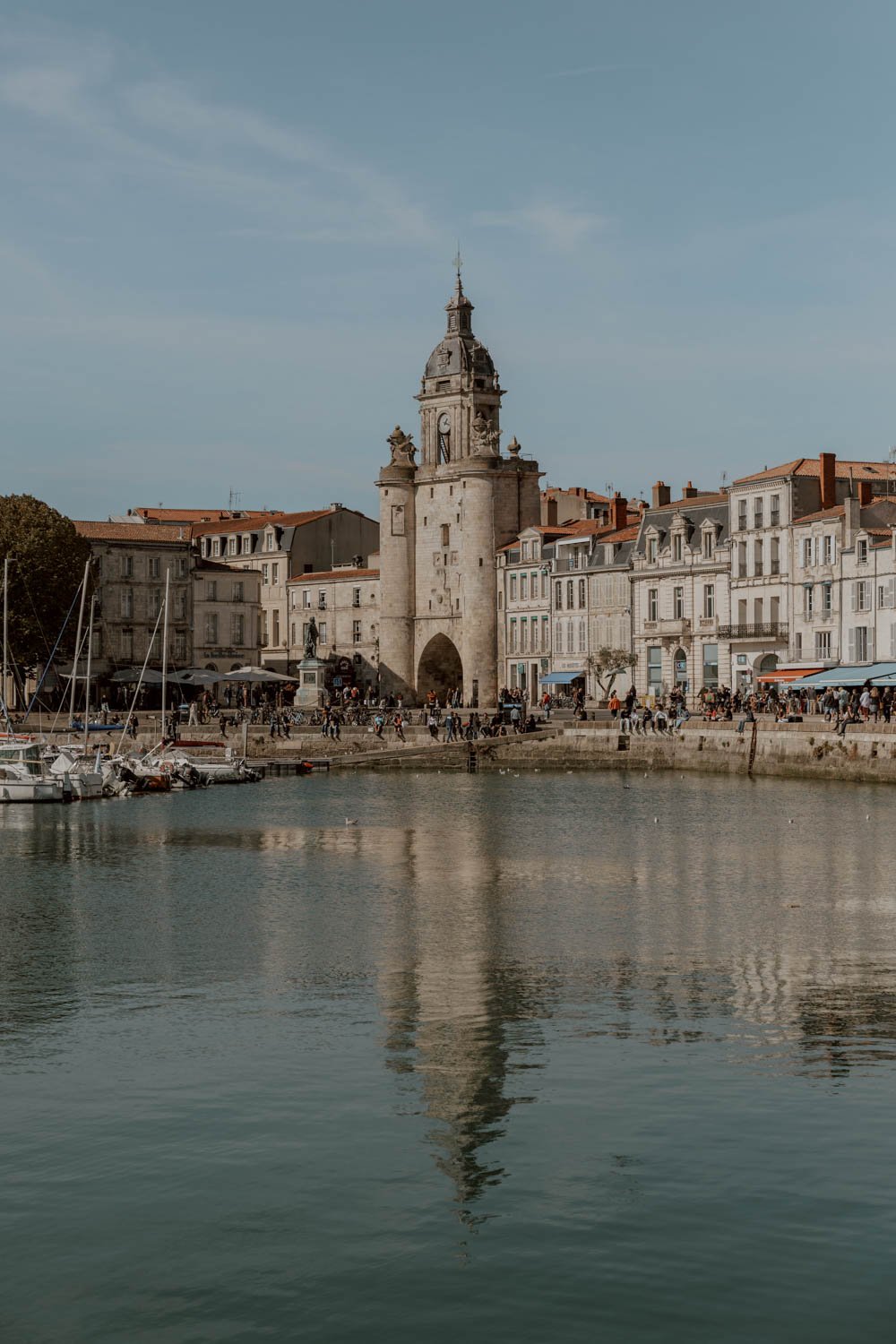 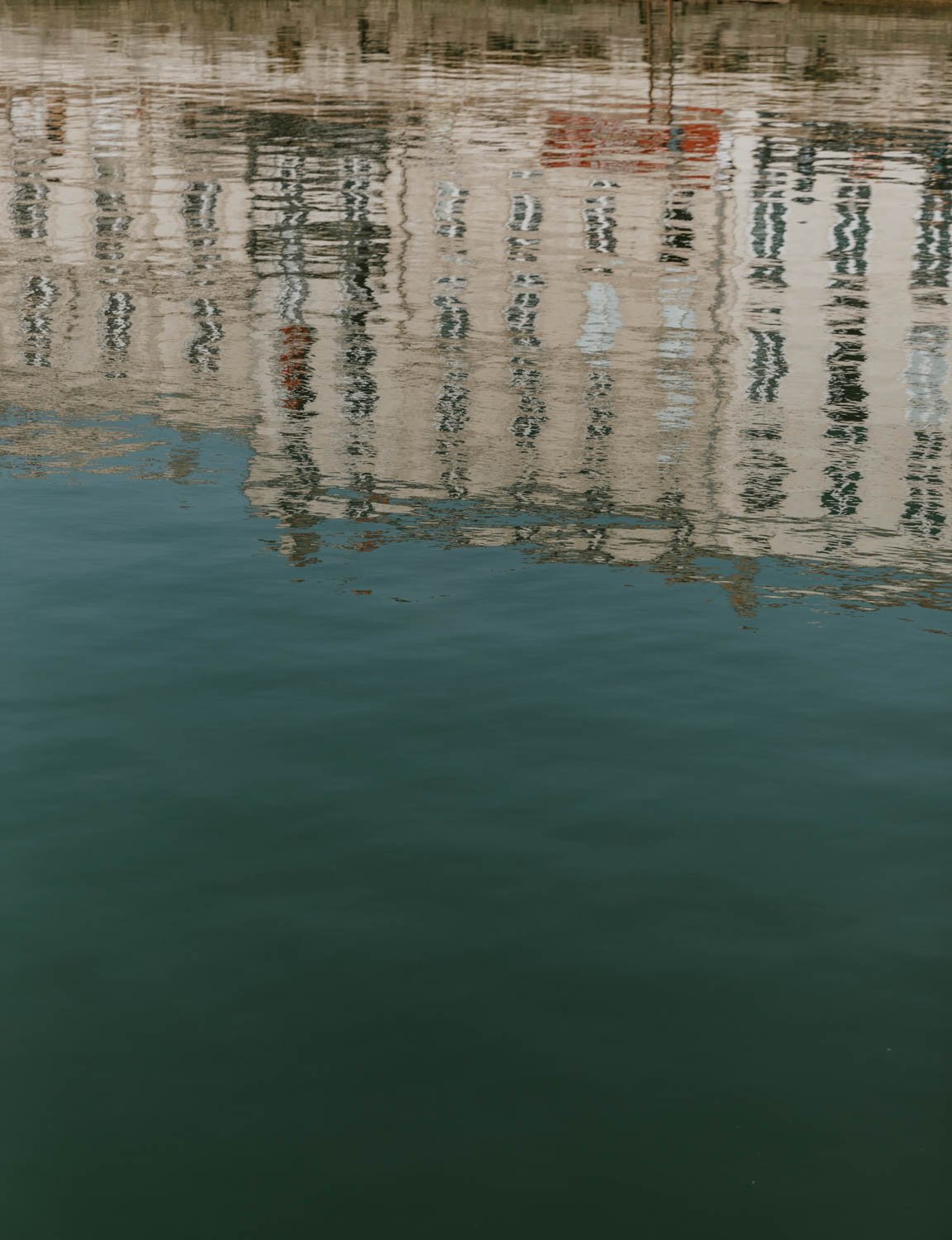 We flew into Bergerac Dordogne Périgord Airport and out of La Rochelle Airport.

For more travel information + inspiration, read our guides toAngoulême,La Rochelle, or thevillage & towns of the Dordogne.

The Very Best Things to Do in La Rochelle

Our Favourite Things to Do in Angoulême

The Metamorphosis Mayor of Bordeaux

Our Favourite Things to Do in Marseille

Our Favourite Things to Do in Grasse

Find Your Next French Getaway 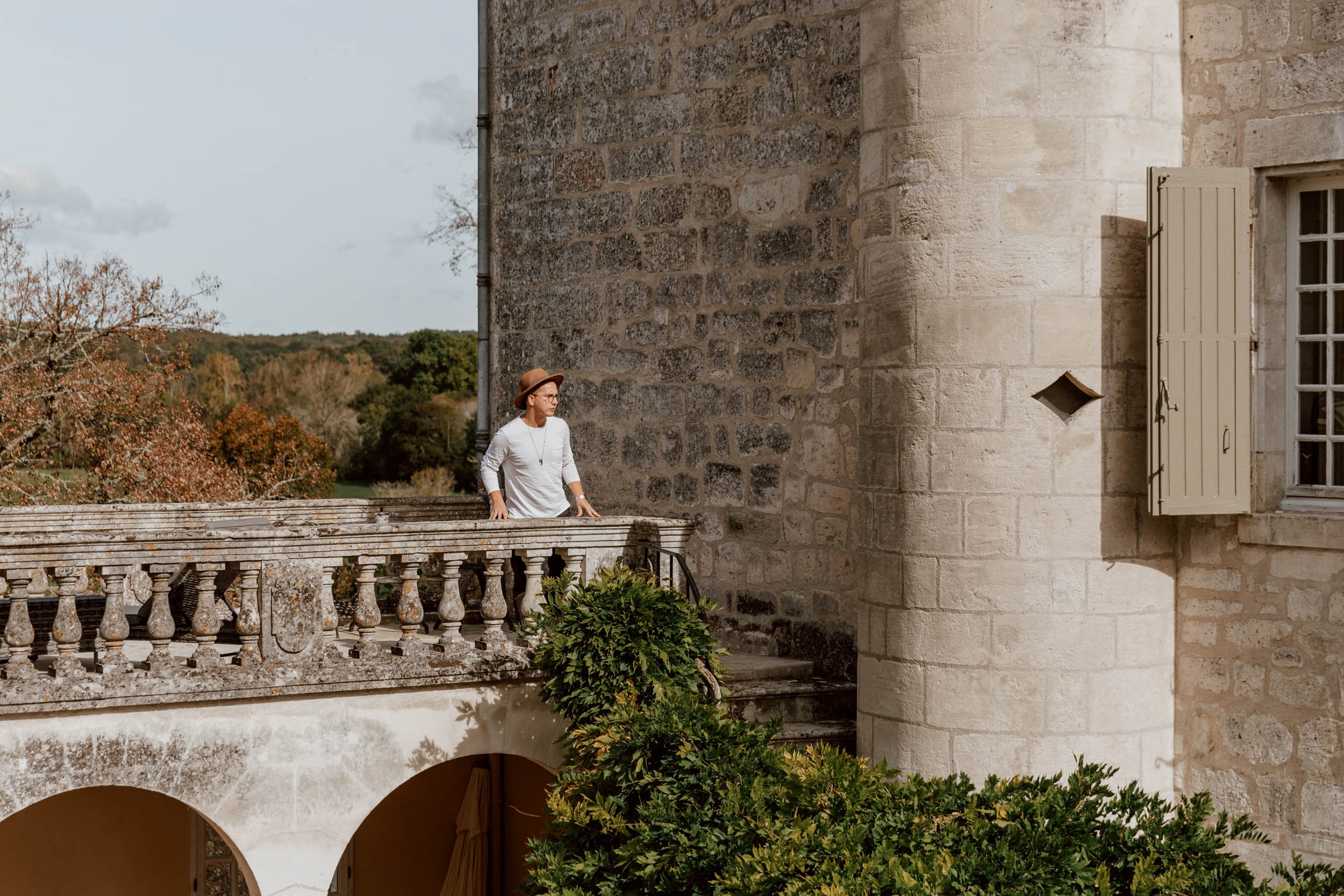 A Journey Through Nouvelle-Aquitaine 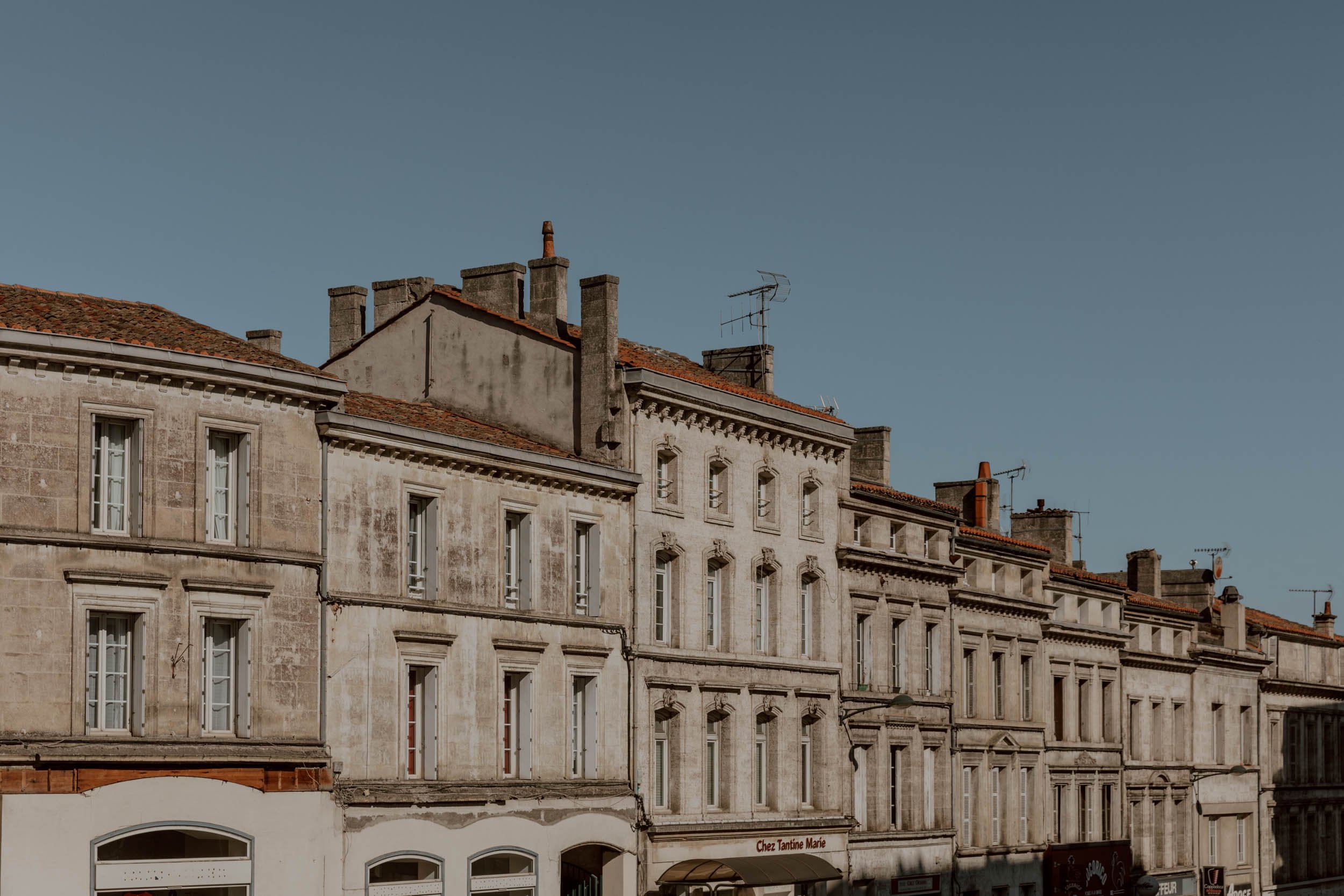 Our Favourite Things To Do in Angouleme | The French Dispatch City 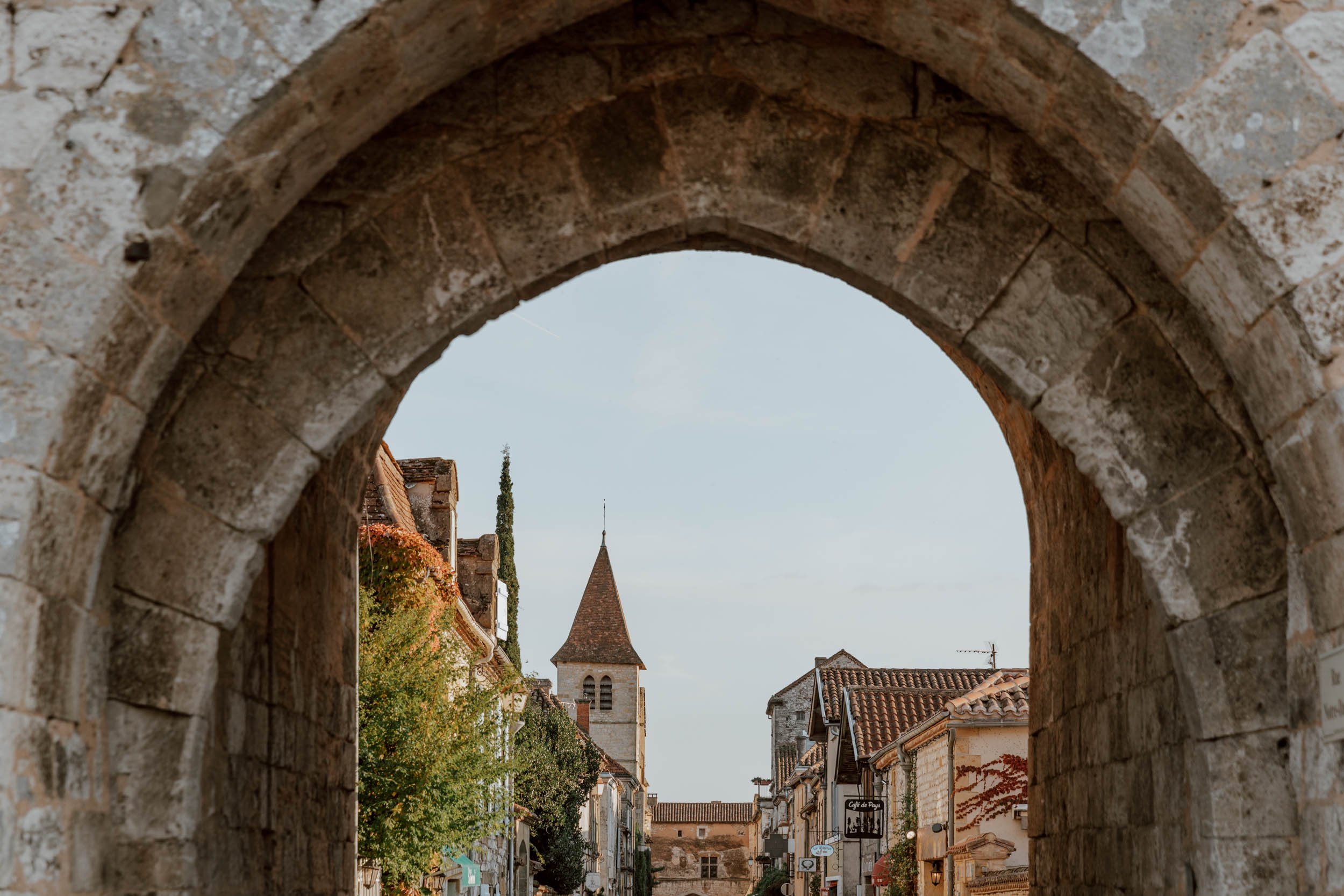 Five Pretty Villages & Towns To Visit in the Dordogne 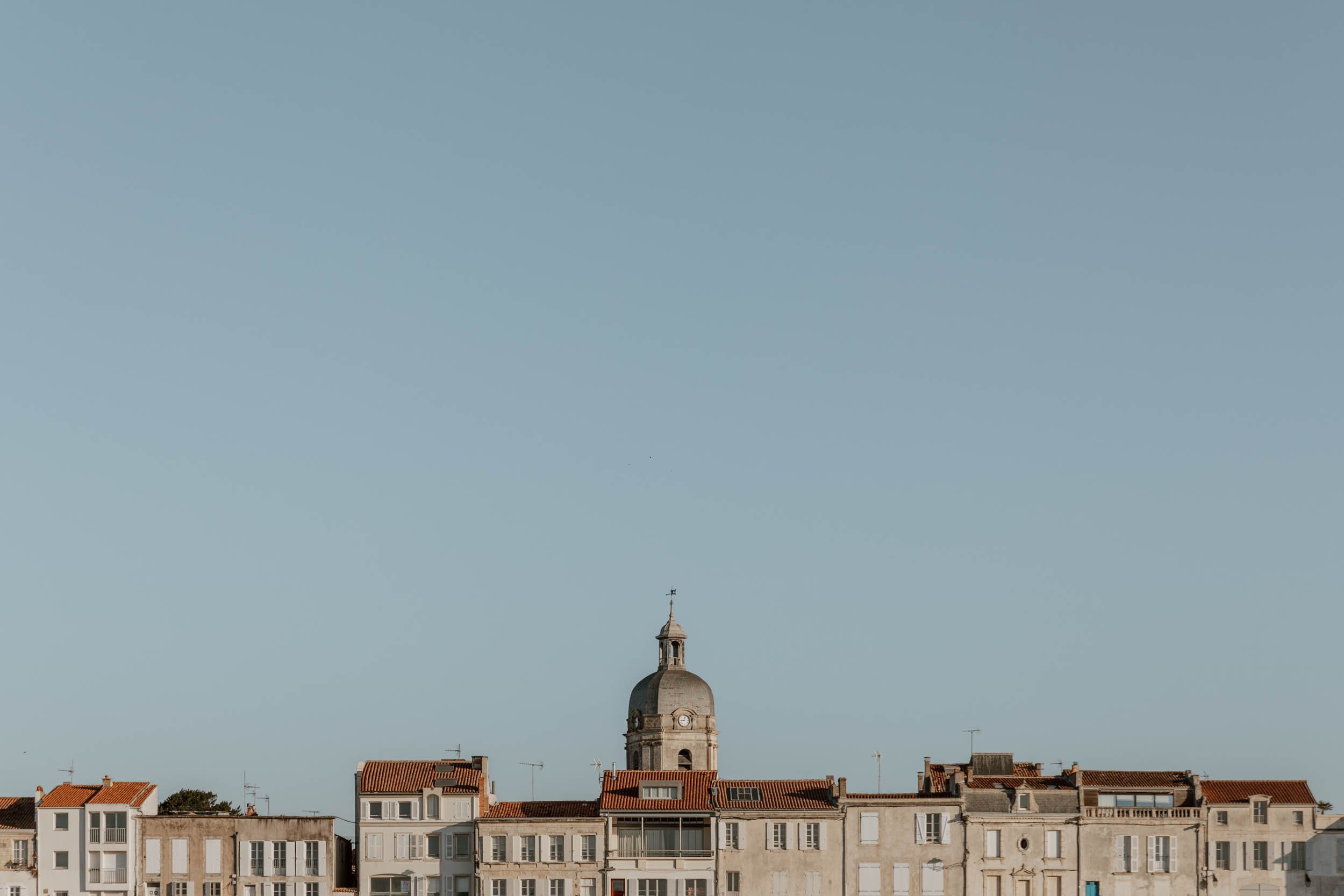 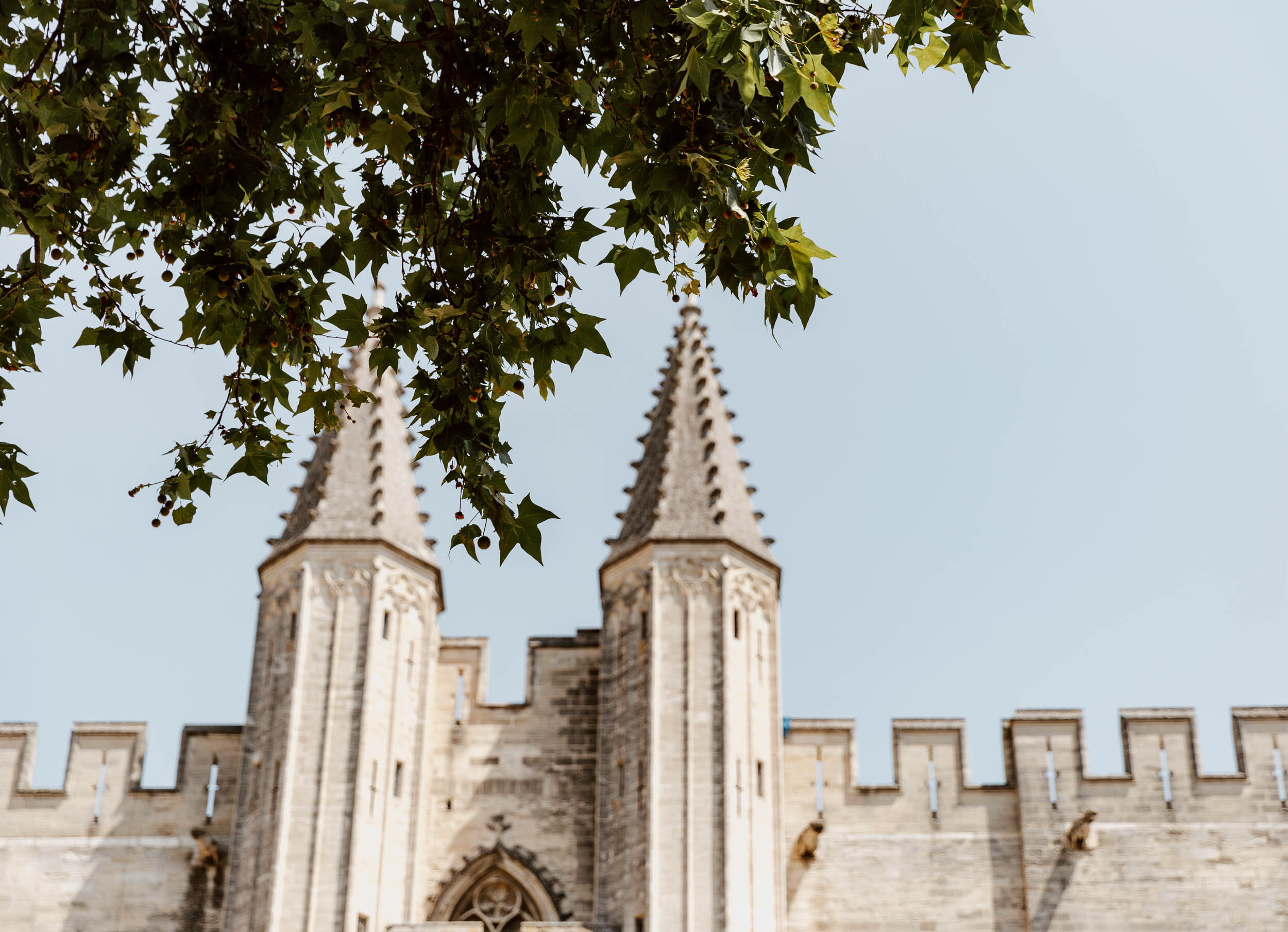 A Photographic Journey Through The Palais des Papes 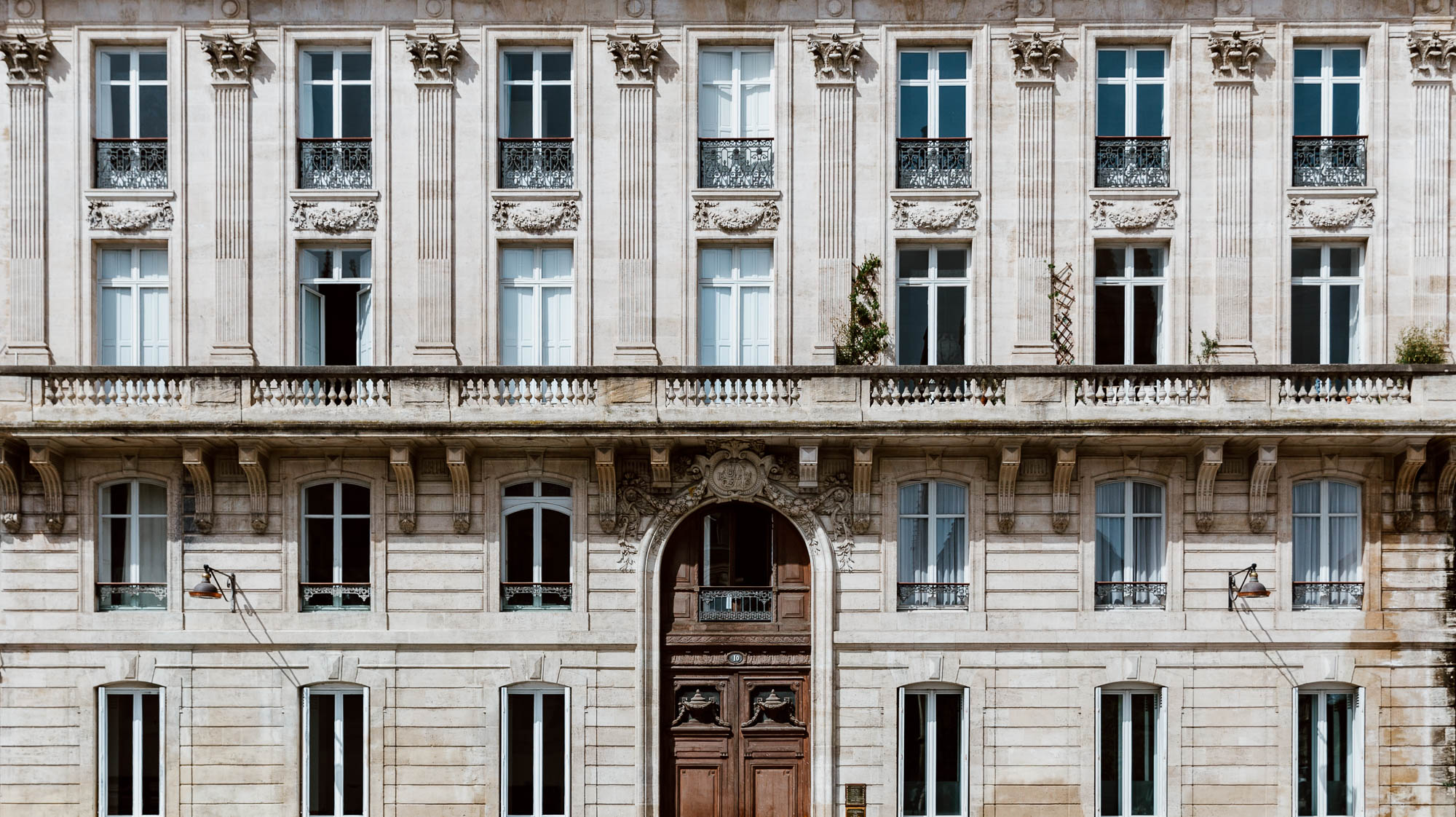 The Metamorphosis Mayor of Bordeaux 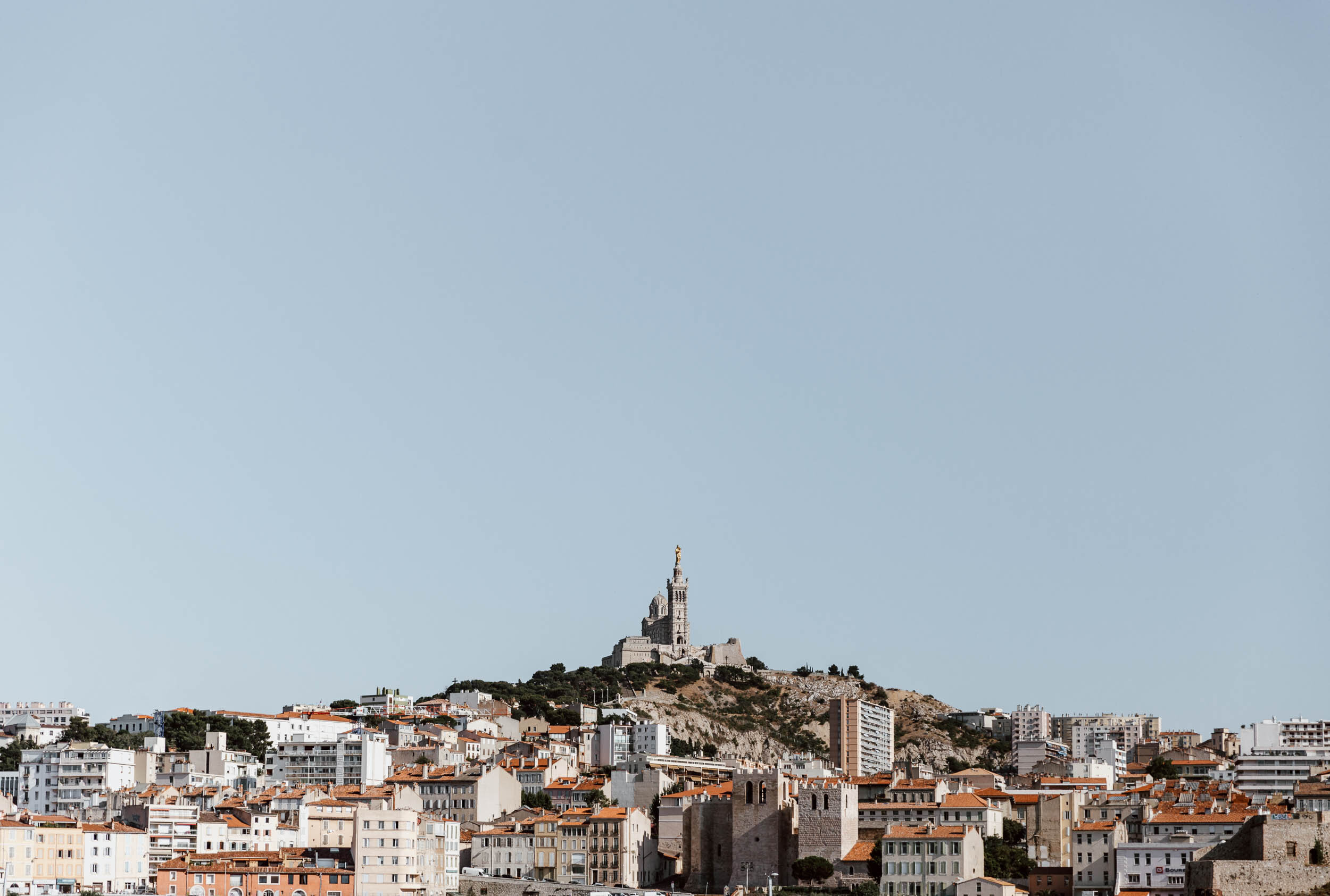 Our Favourite Things to Do in Marseille 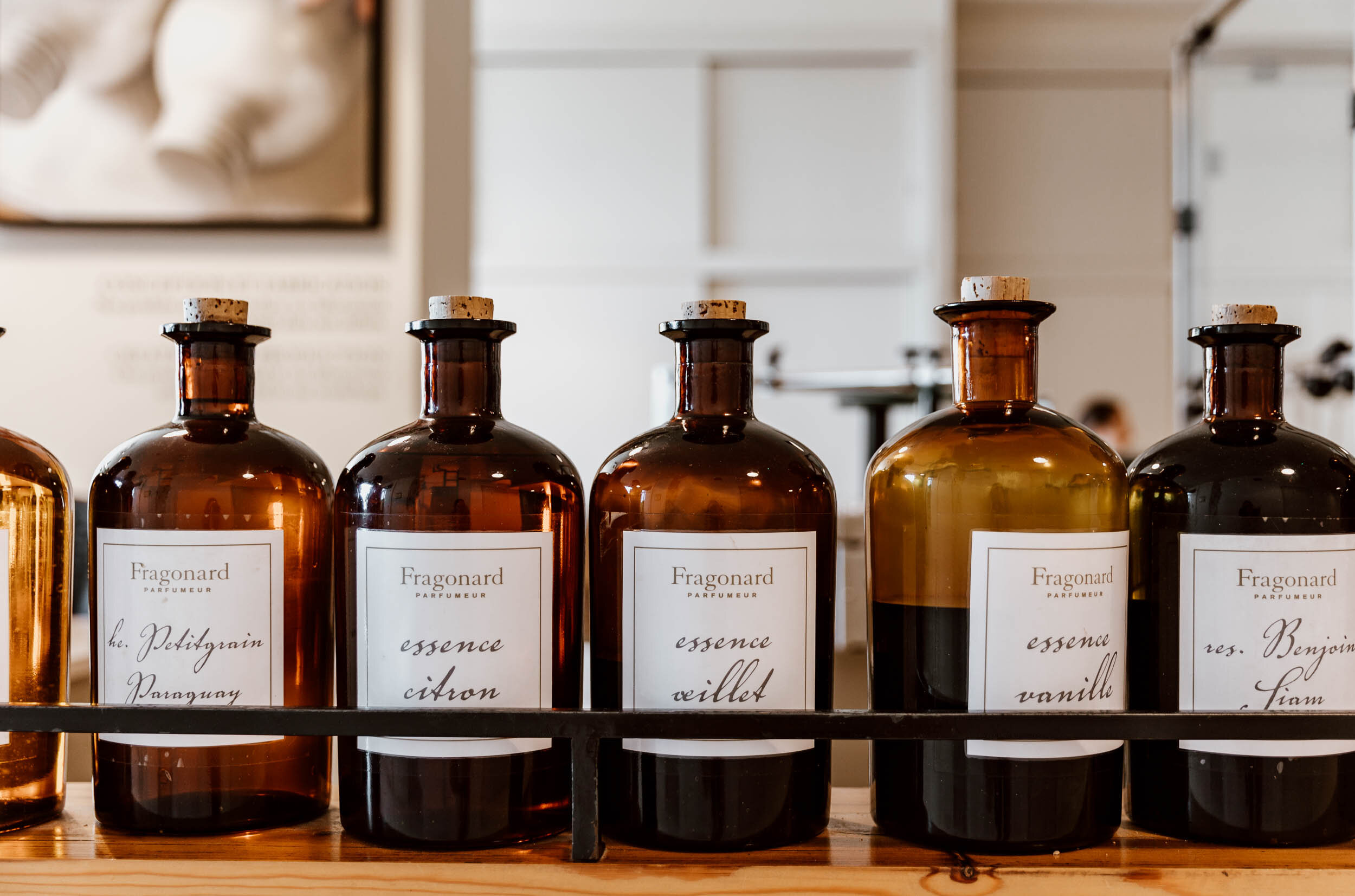 The Day We Made Our Own Perfume in Grasse
Tweet

Please note that some links on our site are affiliate links.

If you choose to purchase through these links, we may receive a small commission at no extra cost to you. By using these you are directly supporting Along Dusty Roads to remain an independent travel blog, and to provide you with free content to help you travel more, and travel better.